I’ve been watching this band for a couple of years now waiting for this to come out- though their demos were a bit sloppy, the sheer potential that I saw for a great album merited periodic checkups to see when it was coming, and Legionnaire have not disappointed. The classic sounds of USPM groups and related bands are some of my favorites, and based on my preferences, Dawn of Genesis almost feels tailor made for me; massive hooks and leads hearkening to Slough Feg and Brocas Helm tie in with the speedy rhythms of Liege Lord or early European power metal groups such as Scanner, and only rarely do the influences become specific enough to a particular song or album to become noticeable. Big harmonized leads and rousing gallops intertwine in a familiar way, and vocalist/guitarist Aku Tienssuu’s powerful voice croons over the instruments with enough authenticity and barbaric charm to win over anyone familiar enough with heavy metal to ignore that he’s (quite intentionally) less pristine than some listeners are used to.

In the end, a band like Legionnaire is as firmly nostalgic as can be- heavy metal to the bones, and gloriously unashamed of it. Half of the tracks start off with the catchy dual leads that countless bands have used as their bread and butter, and at times, it feels like as many rhythms are variations on gallops as not, but none of the nostalgia harms the album for me. There are plenty of newer heavy metal bands that dip a bit too closely to the sounds of the legends that they emulate, detracting from the music via familiarity, but as much as I can hear my favorite bands in Dawn of Genesis, I hear them in the same way that I hear lesser known peers rather than in the same way I do a clone. Each time I listen to the album, I revel in the searing love for heavy metal that Legionnaire want to share so badly with the world. Though I haven’t been particularly impressed with a lot of the recent heavy metal and speed metal coming from Finland, this album and the recent debut release from countrymen Chevalier (who I understand are friendly with Legionnaire, with the two having played shows together) prove that the country is still producing incredible heavy metal. 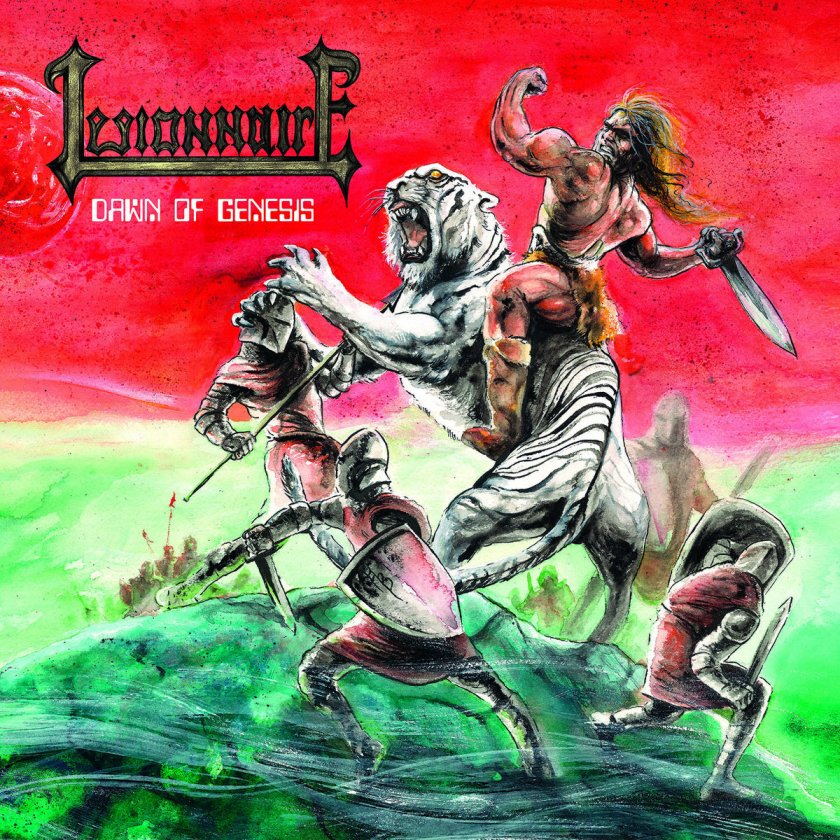